One of my old mobile phones (a Grundig) had a usb cable which has been around for a long time without much use, some time ago when plugging it into Linux I realised that it seemed like a standard usb to serial adaptor.

So I analyzed it and found that it seemed like a 3.3V serial adaptor, so I had to start using it to access routers, mobiles, ... having also a broken Fonera power supply around (one of this typical Fonera problems where the power supply outputs the correct voltage but not enough intensity) I thought... if I put all this together I'll have a USB cable capable of powering La Fonera and also accessing it's serial port all in one and using just one USB slot.

And so... here is what I think is the definitive Fonera cable: 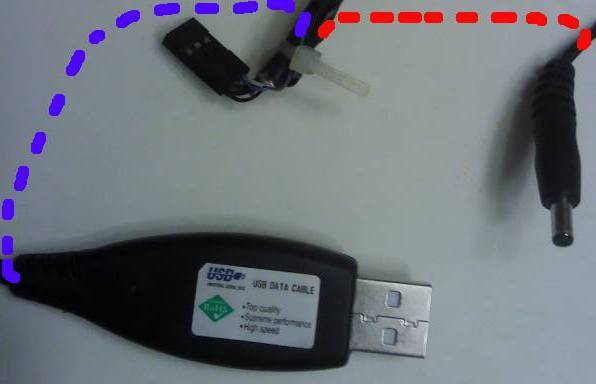 Recovering my fonera's filesystem files after f*cking it

Once upon a time I was cleaning up the jffs2 filesystem of my OpenWrt Backfire 10.03.1 based Fonera by removing "unused" packages and I thought... what is this hotplug2 package doing here, the fonera doesn't have anything hotplugable, so I can safely remove it... WRONG!

Never remove your hotplug2 package from your OpenWrt router, it won't complain, but once you reboot... at least on a Fonera with Backfire you are f*cked!

Hotplug2 is so needed that today, after finishing my definitive cable for La Fonera (I'll write about this later) when I saw it booting on the serial console, I watched my Fonera say on boot...

and that was before getting to failsafe mode or anything, so... how could I gain access to the files I had inside if it was not booting?

It seems I went through the hard way, cause it resulted on a long way, that's why I'm writing it here...

I had access to the console and it has redboot on it (/me doesn't know anything about redboot), so I stopped redboot (I did this on the serial console but I have just realised that this can be done over telnet as well) and typed help, and then looking at my previous notes on how to flash OpenWrt I tried to enable capture on minicom (if you do this on telnet try to pipe it to tee) and dump the contents of the jffs2 filesystem using:

So, after some minutes I had all this hexa dump of the memory on my HD. Deavid kindly contributed this 90 secs python script to extract the hexa into binary (many thanks to him):

And I had my jffs2 filesystem dumped on a file, yeah, so I thought I could simple mount -o loop it but... nope, jffs2 isn't that easy. Looking on the net I found that I should:

But that resulted on a mount: /dev/mtdblock0: can't read superblock error.

At that time I thought it could be an endianness problem, as I also wasn't able to mount an OpenWrt original jffs2 filesystem. So... a little more search on the net confirmed this and showed that:

should fix it, and so it did, after doing that and copying the new data converted from big endian to little endian to the mtdblock0 I was able to mount it and finally access all that I had on my Fonera.